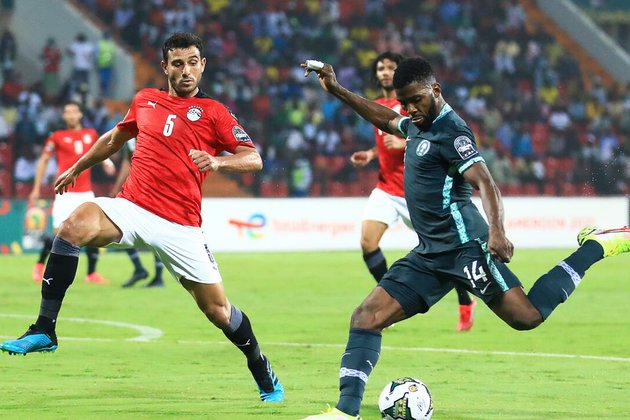 Nigeria laid a claim on Tuesday night to be considered among the favourites for the 2021 Africa Cup of Nations title with an impressive display in a 1-0 victory over Egypt.

And for the majority of the game, Nigeria were the more dynamic and creative outfit.

They signalled their intent after low key jousting on 26 minutes. Moses Simon got behind the Egypt defence but fired into the side netting from a difficult angle.

Less than five minutes later he instigated the opening.

Egyptian defender Ahmed Hegazy failed to clear Simon's cross from the left, Joe Aribo chested the bouncing ball towards Kelechi Iheanacho who controlled it with his thigh before lashing it past the Egypt goalkeeper Mohamed El Shenawi into the top left hand corner.

It was a spectacular way for the 25-year-old to mark his first appearance at the Cup of Nations.

However, as the game wore on, they enjoyed more possession but lacked penetration in the final phase. Or luck.

Salah dashed onto a pass behind the defence but lost his balance. Thoug he managed to flick the ball as he fell, it hit Nigeria goalkeeper Maduka Okoye and was bundled away to safety.

Iheanacho, Ola Aina and Chidera Ejuke all had chances to double Nigeria's advantage but they could not kill off the game.

And the Nigerians held on to take temporary command of the group.

Eguavoene's men will face Sudan on Saturday knowing victory will send them into the last-16 knockout stages while Egypt will reboot their campaign on the same day against Guinea-Bissau . 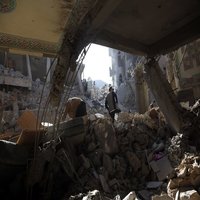