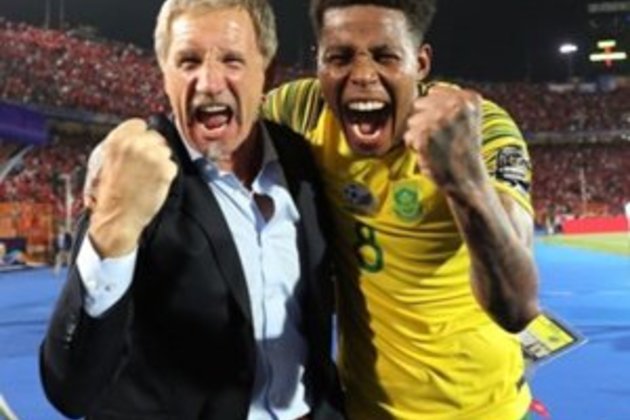 Baxter: Important thing for Bafana is to remain humble

Cape Town - Bafana Bafana coach Stuart Baxter says his charges are "under no illusion" that Nigeria are one of the African football powerhouses.

The Super Eagles face off against South Africa in the much-anticipated 2019 Africa Cup of Nations quarter-final clash at the Cairo International Stadium on Wednesday.

Nigeria endured a tough last 16 encounter against Cameroon where Odion Ighalo's brace was enough to secure a 3-2 win for the west Africans.

Bafana recorded a historic win over host nation Egypt as Thembinkosi Lorch scored in the final minutes of the match.

Meanwhile, Baxter has urged his players to get into the right mental frame ahead of the much-talked-about fixture.

"I think one of the really important things for us is to remain very, very humble. If you look back not so long ago, we wouldn't be overconfident going into a game against Nigeria. Nigerians are still one of the powerhouses of the continent," Baxter said at the pre-match press conference.

"Yes, we've done okay against Nigeria in the past, well in any case since I've taken over (appointed as head coach in May 2017).

"The question for us is 'do we tweak our way of playing a little bit?', the way we played against Nigeria before has worked quite well and on the other hand, we played really well the other evening (against Egypt).

"We've got to think about that one. We should be under no illusions that Nigeria are one of the best teams on the continent.

"They've had a stable team with this squad under Gerhard for quite a while and it will be a massively difficult game for us."

Baxter added: "We're looking forward to the game... we'll tidy a few things up and then hopefully we'll be mentally ready and physically ready.

"The mental game as you quite rightly pointed out has been a stumbling block for South Africa in the past. So, to get that mental mindset 100% correct will be vital."