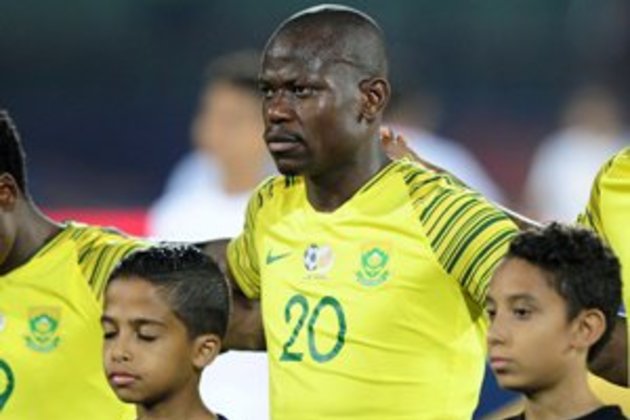 Cape Town - Mamelodi Sundowns skipper Hlompho Kekana has honoured his promise to give his club jersey to a young Al Ahly fan after the 5-0 mauling in the CAF Champions League in April.

Sundowns famously destroyed the Club of the Century 5-0 in the first leg of a CCL quarter-final earlier this year, before losing the second leg 1-0.

Kekana played an inspirational role in the first leg and as such won the admiration of one young Egyptian fan.

The Brazilians have done South African football proud in recent years with their exploits in the Champions League which includes winning the tournament in 2016 under coach Pitso Mosimane.

Explaining the gesture, the 34-year-old told KickOff: "They are my friends and fans from Egypt. I know them from every time I come to Egypt.

"There are five boys and I know the fathers of two of the boys. I don't know the parents of the other three boys, but I know they are Al Ahly fans.

"So, the one boy no longer supports Al Ahly, he supports me. That's why I gave him my jersey and he says he is a special captain.

"When we were here for the Champions League, he asked me to give him a jersey when I come for AFCON and I said if I get chosen, I'll bring him a jersey.

"So, on the day I got the news that I have been selected for AFCON, I made sure that I went to Chloorkop to get a jersey to give to him."